Yale University is a private research university located in New Haven, Connecticut. Established in 1701, it is one of the top universities in the nation. Yale is one of the nine Colonial Colleges founded prior to the American Revolution. It is also the third-oldest institution of higher education in the United States.

Undergraduates at Yale follow a liberal arts curriculum with departmental majors. The courses are arranged into a social system of residential colleges. Nearly all members of the Faculty of Arts and Sciences teach undergraduate courses—more than 2,000 of which are available each year. 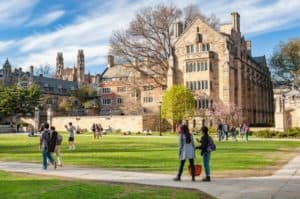 Yale had an acceptance rate of 6.2% for the 2018-2019 admissions cycle. This makes the school a highly-selective university.

Interested parties are required to send in their application on or before November 1. The committee will respond with an acceptance or denial of admission by mid-December. Yale may also send a deferral, which postpones the decision until April once all applicants are notified.

Students will need a top SAT/ACT score to get admitted. Students who prepare for the SAT or ACT with a class (in-person or online) and combine it with online tutoring outperform their peers.

A total of 13,433 students attended Yale University, according to recent data. Of that, 5,964 students have enrolled in undergraduate programs while 7,469 students pursued graduate programs. Based on gender distribution, the school has 6,558 male and 6,875 female students.

All financial aid given at Yale depends on the student’s “demonstrated financial need.” This is defined as the difference between the estimated cost of attendance and the expected contribution from the family.

It’s worth noting, however, that Yale does not provide athletic or academic scholarships. They also do not offer other kinds of special scholarships that are not based on demonstrated need. 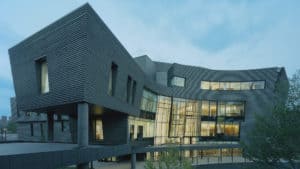 Yale is established on 260 acres of historic campus grounds. This includes buildings that date back to 1750. The school is best known for its breath-taking Gothic architecture and the stunning windowless Beinecke Library. Yale also owns the adjacent Yale-New Haven Hospital.

Students can major in nearly 70 disciplines—from film studies to Russian to astronomy. Yale lets undergraduates concentrate on a double-major. If you can convince a faculty committee that it’s necessary and you’re willing to take the challenge, you can design your own major.

Yale students are required to take up two courses in each of these academic areas: Humanities and Arts, Social Science, and Science. They also need to take up at least one foreign language course or more, depending on the level where they begin. Two courses are writing-intensive and two others are in quantitative reasoning.

Yale aims to provide an education that is not too diffused or narrowly focused. To achieve this, the college stands behind the principle of distribution of studies that supports the concept of concentration. 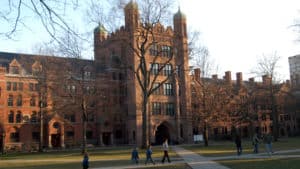 Yale offers a wealth of student clubs and organizations that benefit the members of its community. Students create these affiliations and select for themselves. On a normal night, student groups can be seen planning their next political debate, play auditions, singing jam, magazine deadline, student rally, chamber orchestra recital, juggling demonstration, Habitat for Humanity project, and more.

There’s a club for every interest and hobby. Groups are dedicated to chess players, engineers, anglophiles, and polar bears (students who dare to swim in the Long Island Sound come winter season). Other organizations focus on specific niches such as scripted comedy, improv comedy, and published comedy, as well as student-produced comic strips.

Residential colleges open opportunities for students who wish to participate in athletics. Recreational sports are offered in intramural groups. Everyone in the university—regardless of past experience—is encouraged to join.

Colleges compete against each other usually in the afternoon or evening. Results are tallied weekly as residential colleges aim for the Tyng Cup. This award is given at the end of each year to the college that garners the most points.

There’s also the Tang Cup, which is given to college teams following a one-day competition organized with the fraternities. It’s worth noting that Greek societies are not a major social force at the university due to the residential college system. But they are still very much present, offering community service and social outlets for everyone who wants to participate.

Yale University has produced many well-known personalities in their respective fields.  Here are some of them: