Brown University is a high-caliber private university in Providence, Rhode Island. Established in 1764, Brown is the 7th oldest university in the country. It was founded before America gained independence from Great Britain. The school is widely recognized as the first to welcome students from any religion.

Brown University is a member of the elite Ivy League group of schools. It’s one of the most selective universities in the United States with a 7.1% acceptance rate.

Every year, the admission process seems to get more selective. Students are required to reach high academic standards to be considered. Almost half of the school’s current freshmen belonged to the top 10% of their high school classes. Their average SAT scores are 1400 out of 1600. Online SAT Prep can help students increase their SAT scores to over 1400. More information about online SAT prep is available here.

But meeting Brown’s strict requirements is not a sure way to get accepted. Admissions officers refer to various aspects of a student’s profile aside from their academic transcript. Similar to other competitive universities, Brown prefers applicants who have the complete package. They are looking for outstanding academics, commitment to the local community, and leadership in outside activities.

The school also wants a unique, intangible spark that can be seen in a student’s recommendations or essay. 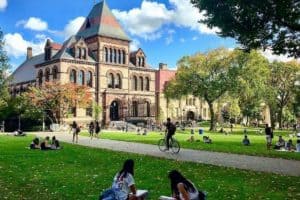 Students get support for their education through financial aid and various scholarship grants. Almost 40% of Brown students receive some form of aid every year.

A large part of Brown’s student body work part-time jobs either to make some extra spending money or as a requirement for their work-study program. There are also job opportunities in libraries, academic department, and other in-campus facilities. These jobs pay an hourly wage that often increases as a student rises into leadership or renders more hours.

Financial aid forms should be submitted by November 1st for Early Decision applicants. Meanwhile, regular applicants have until February 1st to send over their forms. Students are required to renew their financial aid awards every year.

Founded in 1764, the historic Brown campus sits on 143 acres of land located in Providence’s College Hill. It is the largest institutional landowner in Providence with properties in the Jewelry District and College Hill.

The school was established with the 18th and 19th century precincts surrounding it. University buildings were designed to blend in with the city’s architectural fabric seamlessly. Boston is a quick train ride away. Adjoining the campus is the Rhode Island School of Art and Design. 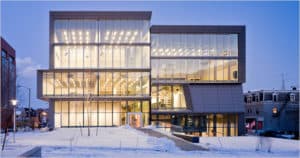 What sets Brown apart from other competitive universities is its focus on student choice. Most schools have requirements before a student could graduate. These requirements are often various introductory-level courses in different fields. At Brown, students don’t have core curriculum requirements.

Requirements are only within a student’s specific concentration. To graduate, they must pass a total of 30 courses. They should also show writing competency and accomplish all requirements for their concentration.

An academic advisor is assigned to all incoming freshman students. This is a faculty member who meets with students during orientation and throughout the school year. Academic advisors often teach in the Curricular Advising Program. Through CAP, freshmen can take a class with a professor who’s also going to be their advisor.

Apart from athletics, students may take part in a diverse range of school activities. Over 200 clubs and organizations are offered at Brown. These groups include student government, faith-based groups, dance ensembles, community service organizations, music groups, and so on.

Students who are not into the Greek like may join a host of other events instead. Groups usually sponsor theater productions, improv comedy shows, dance performances, a cappella concerts, and much more.

Another popular social hub for students is the on-campus bar and music venue known as The Underground. Many freshmen and sophomores enjoy the venue’s Funk Night. For upperclassmen, many frequent the Graduate Center Bar. It is a space known for its dungeonlike atmosphere, decked with pool tables. It’s also a famous venue for dart tournaments among students. 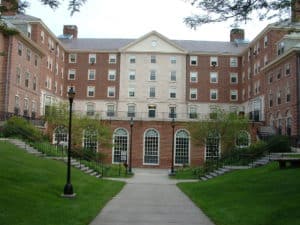 Brown belongs to the Ivy League athletic conference, which is under the Division I (top level) conference category of the National Collegiate Athletic Association (NCAA). The athletic teams go by the name Brown Bears. With more than 38 varsity intercollegiate teams, Brown holds the third university sports program in the United States.

Below is a list of some of the most famous Brown University graduates: