Cornell University is a statutory, private research university located in Ithaca, New York. A member of the elite Ivy League group of schools, Cornell was founded in 1865 by Ezra Cornell and Andrew Dickson White. The university was established to teach and make contributions in all fields of knowledge. It’s founders aimed to cover everything from the sciences to the classics, and from the theoretical to the applied.

Cornell belongs to the ten US-based private land grant universities. It’s also the only one of its kind in New York. Out of all seven undergraduate colleges under Cornell, three are contract or state-supported colleges under the State University of New York (SUNY) system. This includes the agricultural and human ecology colleges and industrial labor relations institutions. Meanwhile, only the veterinary college is supported by the state.

Of Cornell’s graduate schools, only the veterinary college is state-supported. As a land grant college, Cornell operates a cooperative extension outreach program in every county of New York and receives annual funding from the State of New York for certain educational missions

The university has a highly competitive admission process. During the Fall 2019 cycle, Cornell received more than 49,000 applications. 5,183 were granted admission, resulting in a 10.6% acceptance rate.

For freshmen who enrolled in Fall 2019, the middle 50% range of SAT scores were 680-720 for evidence-based reading and writing and 720-780 for math. The ACT Composite score, on the other hand, was 32-34. The previous school year also saw Cornell get enrollees from all 50 US states and 119 countries. 23% of those undergraduates identified themselves as members of minority groups who are underrepresented.

In the admissions process, legacy applicants are granted a slight advantage over the rest. It is important to have a high standardized test score to separate yourself from the crowd. Students should prioritze stuyding for the SAT or ACT while in high school. Here is information about our SAT Prep: https://caddellprep.com/sat-test-prep/ 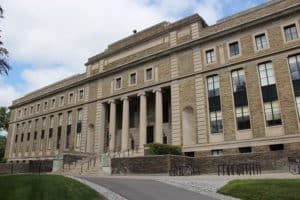 For the 2019 admissions cycle, the tuition and fees for undergraduates amounted to $55,188. The amount was the same for both in-state and out-of-state students.

There is a financial aid system for students who need assistance for their education. This system is need-based. Cornell does not give any athletic or merit scholarships.

Spanning 745 acres of land, the Cornell University Ithaca Campus is much larger when the other university-owned lands are taken into account. An example would be the Cornell Botanic Gardens, which is more than 4,300 acres.

The university is categorized into seven undergraduate colleges and graduate divisions. At the main campus, each division and college has its unique admissions process and academic programs. There are two satellite medical campuses under the university. One is in Education City, Qatar while the other is in New York City.  There’s also Cornell Tech, a graduate program that involves creative thinking, business, and technology.

More than 80 majors are available for Cornell students. You may graduate with a B.A., a B.S., a B. Arch, or a B.F.A., or any combination you want.

Bachelor’s degrees are granted to fields from operations research, mechanical engineering, ancient civilizations, animal science, and textiles and apparel. By major, the biggest enrollments are in engineering, applied economics, and biological sciences. 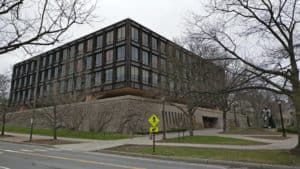 Cornell takes pride in its bustling student life. There’s a lot of dance, theater, films, and music for everyone to enjoy. Social activities also abound the university. Every weekend, there are different events for all students.

In terms of student organizations, one-third of the campus is Greek (fraternities and sororities). This means it’s common for groups to hold open parties, formals, after hours, and crush parties.

Since fraternities can be seen on and off-campus grounds, there is always bound to be one close by. Other options also exist outside the Greek sphere and cater to a variety of interests.

More than 600 student organizations and clubs are open for new members. Students who can’t find one to join are free to create their own. There are also extensive intramural sports programs available. Undergraduates may let off steam in different competitions like inner tube water polo and giant slalom skiing.

Cornell is home to 36 varsity intercollegiate teams that goes by the moniker the Big Red. The school fields teams in basketball, cross-country, indoor and outdoor track, soccer, squash, tennis, polo, lacrosse, field hockey, rowing, gymnastics, and hockey. The Big Red has a reputation of being of the championship quality.

The school is recognized as an NCAA Division I institution. It is a member of the Ivy League and ECAC Hockey. Students compete in the Eastern College Athletic Conference (ECAC), which is the biggest athletic conference held in North America.

Cornells’ teams always work hard to win NCAA Division I titles in a wide range of sports. Its female rowing team is subject to the NCAA, while the men’s rowing program has its own administrative body called the Intercollegiate Rowing Association.

For the football team, Cornell has had at least four national championships before 1940. They have also won the Ivy League championship three times and the last was in 1990.

Back in 2010, Cornell’s basketball team made it to the NCAA tournament’s East Regional Semifinals for the first time ever. The historic feat was known as the “Sweet 16.” Cornell made its mark as the first Ivy League team to make the semifinals since 1979.

Below are some of the well-known people who have attended and graduated from Cornell University: