Because Staten Island Technical High School is one of the specialized high schools in New York, the only way to get accepted is by obtaining a high score on the Specialized High Schools Admissions Test (SHSAT).

Staten Island School has 1,332 total students in the 9th grade to 12th and has a student teacher ratio of 21 to 1. Based on the state test scores, 99% of SI Technical High School students are at least proficient in math and reading.

Students who want to gain admittance at any of the specialized high schools are required to speak with their middle school guidance counselors and ask for an admissions ticket. During the SHSAT registration process, students will receive their test date schedule around late October.

Under the administration of the Department of Education, the SHSAT is a standardized examination offered to residents of New York City who want to study in NYC’s specialized high school. Unlike other high schools, these prestigious educational institutions have a separate admission process and are known for being highly selective. 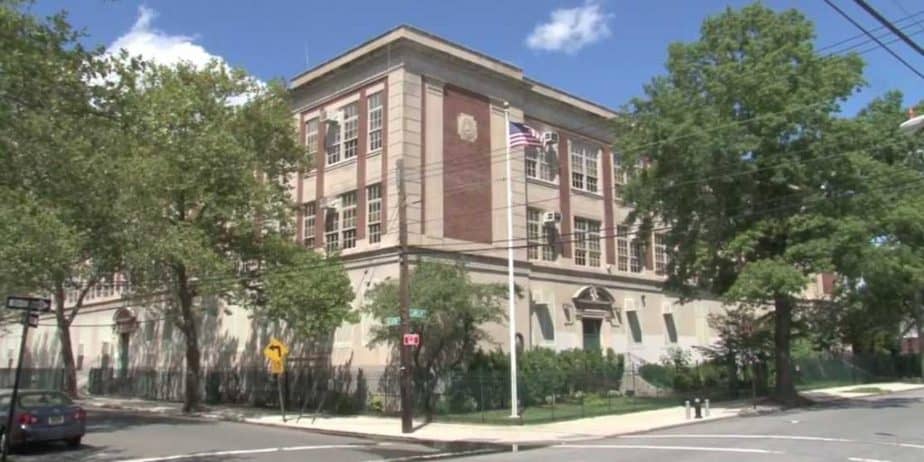 Since being established, SI Technical High School has consistently ranked among the best schools in the city in terms of student performance, attendance, graduation rate, and Regents test scores. The school ranked 1st on the New York Post’s list of the city’s best high schools and 15th in the nation in 2012.

As a result, applying to SITHS is very competitive. Students from Staten Island and Brooklyn make up the majority of the school’s population. To improve your chances of getting accepted, it is advised to prepare for the SHSAT to maximize your test score. For students in Staten Island, we have tutoring at our Staten Island office. We also have a prep class during the week and one on Saturdays. We added the Saturday class for any students who live in Brooklyn or attend school in Brooklyn during the week.

SITHS has a pure college preparatory curriculum-mainly focusing on engineering and science. In an effort to enhance lessons for each student, electronic devices such as iPads and Lenovo tablets are often integrated into classroom instruction. Students have mandatory engineering classes which include Lego Robotics, electronics, Intro to TV and Movie Production, and AutoCAD.

One of the benefits students can enjoy in SI Tech is its Science Engineering Research Program (SERP). This special opportunity can be taken by high-performing SITHS science students. Top performers take part in the program early in their high school journey and remain involved until graduation. Under this program, students participate in various science competitions across the city and get exposed to a wide range of fields at an early age.

Juniors and seniors at SITHS have optional electives that include film, electronics, forensic science, creative writing, computer science, performing arts, and Advanced CAD. The school also has a program called CollegeNow, which is administered by Kingsborough Community College. CollegeNow courses open to students include sociology, business, statistics, and communications.

Staten Island Tech previously offered Cisco networking and technical drawing but was closed due to financial constraints. Because of the demand for Russian engineers when the school opened, Russian is the only language class students can take until senior year. Students in the senior year have the option to take part in the APEX Program where they can learn Chinese and Spanish.

Staten Island Tech has an active program that includes a spring musical and productions like SING! Drama teacher Heather Brown directs the theater program in coordination with the Tech Crew in SITHS. This group is composed of students assigned to maintain the theater and operate the lighting and sound for the school’s auditorium. A new television studio was installed in the school in 2011 to provide students a different aspect of tech operations.

The school’s robotics team is active in competitions. The group regularly competes against other teams in the FIRST Robotics Competition as Team 375 or “The Robotic Plague,” and always manages to move on into the semi-finals. During the 2006 season, they were awarded as the Regional Winners. They also won the Chairman’s award for their robot named Rambo and took home the Autodesk Inventor Animation Award at the New York City Regional.

SITHS academic teams are known to be strong contenders in different state-wide and regional contests. Many students who are on the Math Team qualify for the American Invitational Mathematics Examination (AIME) and the Science Olympiad Team is a second-placer in the NYC Regionals. Meanwhile, the Freshmen Math Team was awarded 1st place out of all teams (most of which are seniors) when they competed at the Staten Island Mathematics Tournament in June of 2019.

Once again, Staten Island Technical High School has been ranked as one of the top high schools in the nation for 2018. The specialized high school ranked #39 among the nation’s top 100 schools and ranked #4 among the New York State’s top 10 schools in the U.S. News & World Report 2018 high school rankings. The school also ranked #42 in the country’s top high schools for science, engineering, technology and mathematics (STEM). Its excellent performance has garnered the school a U.S. News’ Gold Award for all-around excellence.

In the prestigious list, schools are ranked according to their state-required test performance and how well they prepare students for college. According to the report, Staten Island Tech students can take Advanced Placement (AP) course work and exams and its AP participation rate is 100 percent.

The student body is composed of 43 percent female and 57 percent male, with a total minority enrolment of 49 percent. 100 percent of all students were identified as “proficient” in math and English language arts. Approximately 97 percent of students were deemed college-ready.