When it comes to higher education, Ivy League universities are known for their high academic and social prestige. Many students want to know how to get into an Ivy League school in hopes of joining a highly selective university and well-known institution.

Aside from offering the best facilities, this group of elite universities is directly connected to leaders of different social sectors. Ivy League alumni mostly pursue careers as leaders in entertainment, business, politics, and other major industries.

Due to this trend, ambitious students coming from high schools across the globe believe attending an Ivy League school can increase their chances of success in life. Unfortunately, the application process to join these elite universities is so rigorous that only a select few make the cut to experience Ivy League education.

According to the admissions statistics acceptance rate, a total of 281,060 students applied for the class of 2021, and out of all of them, below 10% got offers for Ivy League admission. Harvard, Princeton, and Yale University have always been the big three of the Ivy League institution. Back in 2020, Columbia University joined the big three which made the top half of most selective Ivy League institutions, with an overall admission rate that ranges below 7%. 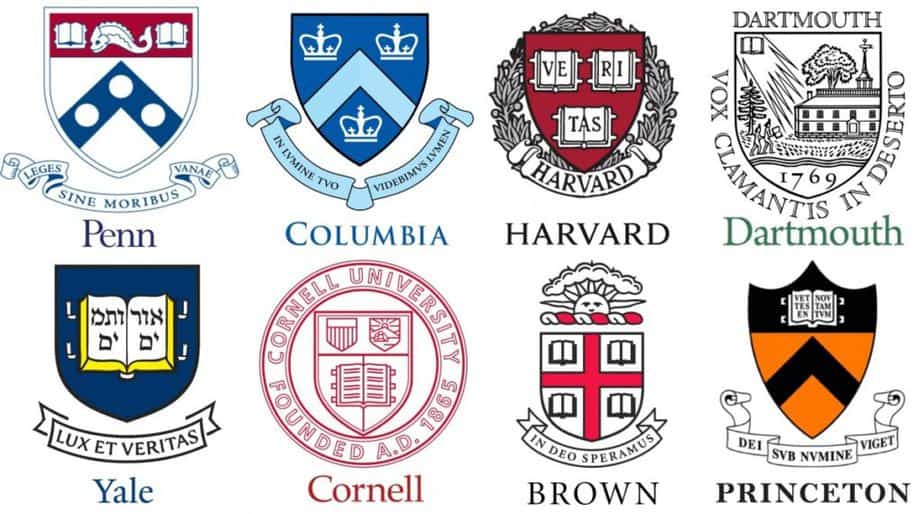 Studying in an Ivy League school is clearly a remarkable achievement. So, how do people who gained admission do it?

Check out these tips on how to get into an Ivy League school.

6 Tips for Getting Accepted to an Ivy League School

1. Be sure to have good grades and test scores.

If your goal is to enter an Ivy League school, you will need outstanding grades and test scores. According to The National Association for College Admission Counseling, these are the two most important factors for a student trying to get into a highly-selective university. It’s also necessary for them to take extensive courses they can do well in.

Course rigor is important. It gives schools an idea if students are willing to challenge themselves, and if they are succeeding despite those challenges. Additionally, students who lack scores based on Ivy League standards will not be accepted unless they have another achievement/s that makes them shine.

Here is a table that shows the average test scores, and average SAT and ACT score for all the Ivy League schools.

In order to avoid the “no pile” throughout the Ivies, you will need to reach certain test scores and GPAs. Just having a high GPA or impressive scores in the SAT, ACT, and other kinds of standardized tests is not enough to get you into an Ivy League institution. In fact, there are highly-intelligent students with a high SAT score who still did not get into their dream university.

You need to show that you’re not only smart but also special-this helps get those college admissions committee to notice your potential.

By applying this way, you significantly boost your chances of getting into one of the Ivy League elite universities. Take note, however, that you can only apply early decision for one university so choose wisely. Make sure that you only apply in advance if you’re sure about the university you want.

Once you are accepted under early decision (ED), you will have to withdraw from all the other schools you’ve applied to. You also need to be fully committed to attending that university. Early action (EA) is another option for students-unlike ED, this method of application is not binding. For the class of 2021, Business Insider found that the early action/decision overall acceptance rate went as high as 27.8%.

3. Come up with an exceptional personal statement.

Personal statements play a crucial role in your journey to the Ivies. You’re likely applying to the Ivy League through the Common Application, so you need a winning statement to set yourself apart from the hundreds of thousands of ambitious and bright individuals.

Your essay is very important-personal statements that are riddled with grammatical errors or that focus on a cliché subject will not land you in the acceptance pile.

Realize that your essay does not have to be about something that’s extraordinary. There’s no need for groundbreaking stories to gain effective focus on your written work. Simply choose one topic that’s important to you and make sure you create an essay that is both self-reflective and thoughtful.

Hundreds of things could count as extracurricular activities but the reality is, any of them can make your college application stand out if you have shown true passion and depth in that activity. It’s worth noting that any kind of activity-when approached with enough energy and commitment-can become something that’s truly awe-inspiring.

Think of extracurricular activities with regards to depth instead of breadth. For example, imagine a student who joins a school play one year, tries joining the yearbook the next year, becomes part of the tennis club in this third year, and then spends his senior year as part of Academic All-Stars. Instead of looking like an outstanding student with so many skills, he is going to seem like a dabbler who does not have a solid area of expertise or a clear passion.

While the student has experience in good activities, they do not make for a winning combination if he’s trying to get into an Ivy League college.

On the other hand, consider an applicant who is a member of the school’s symphonic band. Throughout her four years in high school, she has played in the pep band, concert band, and marching band. This student gives the impression that she loves playing her musical instrument. As a result, college admissions officers are going to think that she can share that level of passion and interest with the campus community.

Your high school transcript is the most important piece of your Ivy League application. Students generally need to take the most challenging classes available in order to convince the admissions folks that they are geared to take on a wide range of college courses.

Let’s say you have to choose between A) business statistics and B) AP Calculus. Go for option B. If Calculus AB is better than Calculus BC, then go with the more impressive one. If you are not sure if you should take a foreign language for your senior year, do it-assuming you feel you are capable of succeeding in these courses.

It’s also wise to have a realistic perspective on the academic front. You will not be expected by the Ivies to tackle seven AP courses in your junior year, so don’t sweat it. Trying hard to do so much will likely backfire and cause you to burn out or worse, have low grades.

Your focus should be on the critical academic areas: language, science, math, and English. Be sure to excel in these areas for a greater chance at landing a spot in the Ivies. While AP classes like AP Music Theory, AP Statistics, and AP Psychology are okay to take if your school offers them, these subjects do not carry the same weight as core courses like AB Biology and AP Literature.

The Ivies also recognize that some students have access to more academic opportunities than other applicants. If you study in a rural school with only a few opportunities for academic excellence, then admissions officers at the Ivies will take your situation into consideration. A letter of recommendation and measures like your ACT and SAT scores will be more important when the admissions office evaluates your preparedness for higher learning.

6. Do well in your interview.

Get ready to be interviewed by an alum of the university to which you are applying. Although the interview is not the most important part of your college application, it has an impact on you being accepted or rejected in the university that you like.

For instance, stumbling to answer questions pertaining to your passion and interests during your student life, as well as your reasons for applying to the university, can damage your college application. Always be personable and polite when responding to questions. Ivy League interviews are generally friendly exchanges in which your interviewer tries to get to know you better.

Admission Factors Beyond Your Control

In this blog, we’ve discussed the things you can control if you want to be a part of an Ivy League university. But did you know that there are actually multiple factors in the admissions process that are no longer in your control?

If these methods work to your advantage, awesome! If they don’t, it should not be a cause for concern. Most of the accepted students do not have these advantages available to them.

First and foremost: legacy status. Students who have a sibling or parent who attended the Ivy League school to which they are trying to get into can use this to their benefit. Colleges generally favor legacies for several reasons. For one, family loyalty can play a crucial factor in alumni donations.

Students with Ivy League alumni family members will also be familiar with the school, so they are more likely to accept an admission offer. This, of course, benefits the particular university’s yield.

Another thing beyond your control is how you fit into the institution’s efforts to enroll a diverse class. For example, an international student applicant from Bangladesh is going to have a competitive edge over an applicant from Connecticut.

Also, a strong applicant coming from an under-represented sector will have an advantage over an equally strong student from a majority group. Yes, this may seem like an unfair way to decide on who gets into the Ivies and who doesn’t. It’s actually an issue that’s been the subject of debates in the courts.

But lots of selective Ivy League institutions operate under the belief that when students come from various philosophical, ethnic, geographical, and religious backgrounds, undergraduate students’ experience is significantly enriched.

Each year, you probably see news headlines about brilliant students getting into multiple Ivies. The media loves putting the spotlight on these individuals, and there’s no denying that their accomplishment is impressive.

However, it’s worth noting that Ivy League schools are not for everyone. All eight are unique in their own way and not all of them are going to be a great match for one applicant. A student who would love the busy urban environment would likely not enjoy the rural environment at Cornell.

Although it’s important to always aim for the sky and dream big, setting realistic goals for yourself is just as important. Hundreds of colleges out there can deliver better education to admitted students than the Ivies. Many of these schools, like “Public Ivy” universities are also more accessible and offer lower tuition fees, considering how the Ivies do not offer applicants any merit-based financial aid (only need-based aid).

At the end of the day, it’s about finding an institution that fits you best. There’s no magic trick or simple formula to get you there but by following the above tips, you’ll surely increase your chances of getting a college admission letter from the Ivies.