The College at Brockport Acceptance Rate

Founded in 1835, SUNY College at Brockport is a four-year liberal arts college situated in Brockport, NY near Rochester. The school offers around 50 undergraduate programs, as well as graduate courses that include degrees, post-graduate certificates, and graduate certificate programs. They also have an extensive ROTC program and a study-abroad program.

At the Brockport campus, there are many student organizations and clubs to choose from. Greek life is also active in the school. Aside from several on-campus activities, the local area provides countless opportunities for outdoor entertainment. 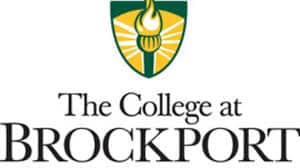 The College at Brockport Acceptance Rate

SUNY Brockport is considered generally accessible as it admits 55% of applicants. Students may send their application to the school either through the SUNY website or with the Common Application. Prospective students are required to submit their high school transcripts, letters of recommendation, and SAT or ACT scores when applying.

Compared to similar colleges, SUNY Brockport has fewer students in larger programs. There are 11,635 students on average in the Public Master’s College and University. The school has online courses as well with 346 students exclusively enrolled and 1,167 enrolled in select programs.

Based on the latest figures, the undergraduate tuition and fees of SUNY College at Brockport are $8,412 for in-state students and $18,192 for out-of-state students. For the graduate students in New York, the tuition is $12,024 and $23,584 for others.

67.41% of enrolled undergraduate students or 4,840 students have received scholarships or grants as financial aid that has an average amount of $7,092. After getting financial aid, the net price for SUNY College at Brockport is $17,516 for in-state students and $27,296 for out-of-state students. This amount covers not only tuition and fees but also books, supplies, and living costs.

Situated along the Erie Canal, the Village of Brockport is a picturesque town that is home to approximately 8,100 residents. The campus is located between two major metropolitan cities and it’s within commuting distance of Buffalo. It’s also just a 25-minute drive to Rochester.

Close to Rochester is home to many shops, restaurants, museums, and galleries. Toronto, Buffalo, and Niagara Falls are all just a few hours of drive away from the campus–making it a convenient place for students. 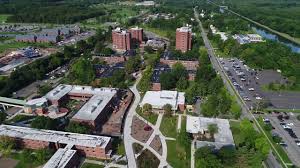 Besides the standard undergraduate degree programs, SUNY Brockport also offers pre-professional programs like pre-law and pre-med for students who want to pursue careers in dentistry, medicine, and veterinary medicine. There are countless graduate programs and one of them, the Social Work master’s program, is part of the Greater Rochester Collaborative Program.

Additionally, SUNY College at Brockport offers an extensive study-abroad program that offers nearly 100 different programs in many countries including Ireland, Antarctica, Australia, Chile, Russia, the Bahamas, England, and China. Those are only a few examples of nations that students can travel to as part of their study abroad program.

Brockport has a small Greek life composed of both fraternities and sororities. Every organization does many events each semester and raises funding for many different causes. Some of the most notable student organizations in the school include Brockport Weekly, Brockport Student Government (BSG), Delta College Student Association, The Stylus, and WBSU 89.1 The Point.

The Brockport Golden Eagles are made up of 23 teams representing The College at Brockport, the State University of New York in intercollegiate athletics. This includes men and women’s basketball, cross country, lacrosse, soccer, swimming & diving, and track and field.

Men’s sports include baseball, football, ice hockey, and wrestling. Women’s sports include field hockey, gymnastics, volleyball, tennis, and softball. The Golden Eagles compete in the NCAA Division III and are members of the State University of New York Athletic Conference for most sports, except for the football team, which competes in the Empire 8 Conference.

Since its foundation in the 1830s, SUNY Brockport has produced many renowned individuals in different fields. Most of them have pursued successful careers in politics, business, entertainment, broadcasting, literature, technology, and so on. The following are a few of Brockport’s most well-known alumni: