In this video, you will learn how to do a reflection over the line y=x.

The line y=x, when graphed on a graphing calculator, would appear as a straight line cutting through the origin with a slope of 1. 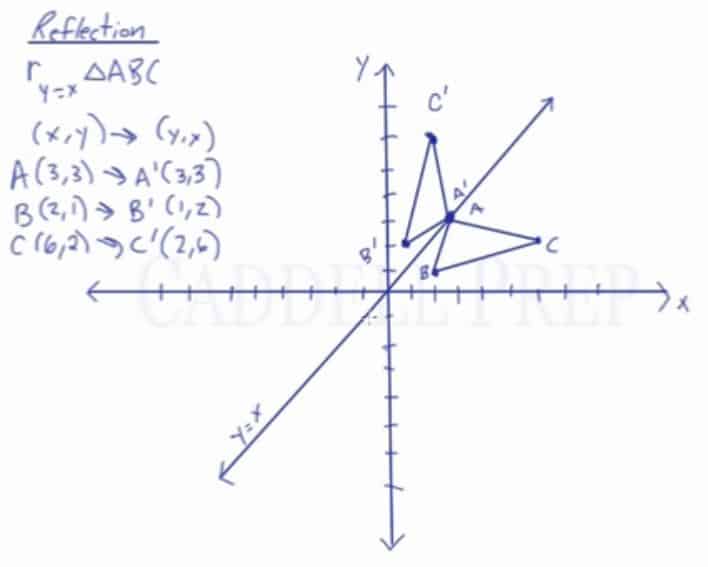 In this lesson, we’ll take a look at reflecting over a line

First of all, what is a line

This is a line that for every

value, we get the same

will look something like this. A diagonal straight line.

If we have a point, for example,

, we’re going to reflect it over. We need to move perpendicular to it.

One side should be perpendicular to the other side.

Our image now is

All we did was switch the

For example, if the initial image is

We have to make a line perpendicular to measure the distance. Then make the same line distance on to the other side.

The reflected point is

When we reflect over the line

, we just switch the values of

We know that the rule is the coordinates

is going to switch to

Let’s graph this now. And draw a triangle.

Now, we have a reflection of triangle

to form the image of