In this video, you will learn how to do a rotation graphically and numerically, using the coordinates.

Rotations notations are commonly expressed as
R90, R180, and R270, where the rotation is always counterclockwise.

Perform the operation within the notation to each coordinate point
A(1,5) 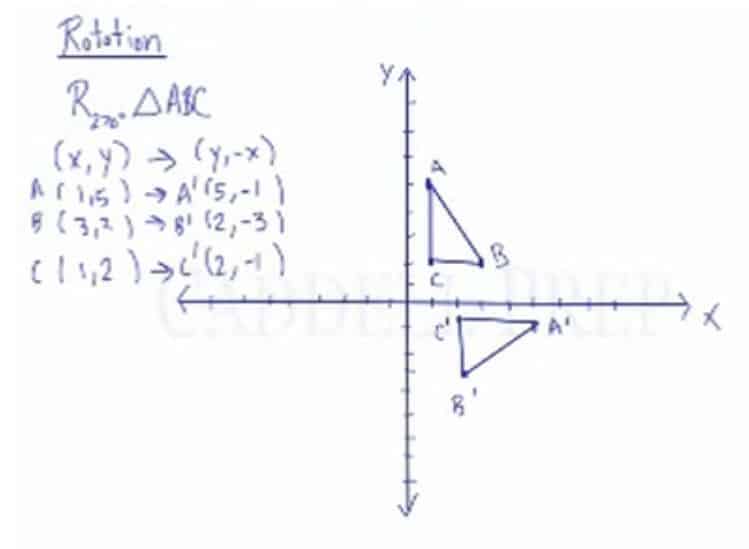 Let’s talk about rotation on the

-axis is perpendicular to each other. That means the angle between them is

, we move this triangle from this quadrant or area into the next quadrant.

is going into two quadrants.

will go into three quadrants.

And we don’t do

because it’s right back where we started. So, don’t worry about rotating

because we’ll end exactly where we started.

Now that we have an idea of what quadrant we’d end up in, let’s take a look at the specific rules that tells exactly where each coordinate will go.

Let’s first write down what the rule is.

What happened is that the

coordinate after we negated it.

Let’s graph this and then draw our triangle.

Now, we have the image of triangle

when we rotate it

So, we’ll just get the coordinates and negate them.

And now we have the image of triangle

coordinate and then make it the

make it negative and make it the

Then let’s plot these and draw a triangle.

And now we have the image of triangle