These educational institutions were founded under the New York State Law 2590 section-g that aims to serve the needs of gifted students residing in New York City.

Admissions of students are solely based on a competitive written test scheduled in the fall of every year, commonly referred to as the Specialized High Schools Admissions Test (SHSAT). Taken by thousands of students annually, this exam is open to all eighth and ninth grade New York City students.  All applicants are required to be residents of New York City for them to be qualified to take the exam.

A detailed handbook with information about all the Specialized High Schools is published by the New York City Department of Education. It contains test locations and dates, as well as two sample tests students can use. This handbook can be obtained through guidance counselors of all New York City schools or online through the official website of the Department of Education.

All applications are only available from your current school’s guidance counselor.

According to the school, most students who succeed at Bronx Science have one or several of these qualifications:

The Specialized High Schools Admissions Test (SHSAT) is used to properly evaluate the skills and knowledge required to succeed in a school for students who are high achieving. These include problem-solving skills in the subject of mathematics, ability to grasp English prose, and ability to think through a verbal problem to come up with a reasoned conclusion according to the provided information.

These are the scores of the freshman class for the mentioned years.

After the fall SHSAT, the student’s current school will receive information about the test results in February of the following year. The school will then be responsible for notifying the students of the results. For students who get offered seats to a specialized institution, they are required to indicate acceptance of the school to which they were chosen by signing the letter and returning it to their guidance counselor.

Once the current schools, parents/guardians, and students, are informed about the SHSAT results, parents/guardians may review the student’s answer sheet. Accompanied by their child, they are allowed to request an appointment with a representative from the Office of Assessment so they can go through the results together. This also allows them to ask any questions they may have about the test in general.

The Bronx High School of Science is widely regarded as one of the most popular schools in the United States. Home of the Wolverines, this institution is often referred to as Bronx Sci, Bronx Science, and for some New Yorkers, just Science.

Established in 1938 by Morris Meister, the school has a long history of producing authors, academic leaders, scientists, and business executives. Graduates of Bronx Science have garnered six Pulitzer Prizes and eight Nobel Prizes from its student body.

Known for being an intense and fast-paced school, Bronx Science has a 21.66 student to teacher ratio and a typical class size of approximately 33 students. Most students juggle several extracurricular activities and heavy academic load. On top of that, they have to deal with long commutes.

A huge number of students take advantage of the school’s Advanced Placement (AP) curriculum, so Bronx Sci responded to this by offering many post-AP classes. These courses cover topics such as organic chemistry, genetics, and multivariable calculus. Some of the other electives include game programming, app development, and a class training students to work in a Holocaust museum inside the campus.

Bronx Sci’s large size brings a lot of benefits to students. For one, it offers a wide range of courses that may interest learners. Students may take up electives like film and Spanish narrative, or they may opt to choose from six foreign languages that include Latin.

As part of their schedule, students have the option of taking orchestra, band, or other music classes. There are several after-school activities and clubs to choose from, including the debate team which is one of the best in the country. To encourage more female students to participate in the robotics club, the school founded an all-girls team known as the Iron Maidens.

The Bronx High School of Science welcomed 2019 by focusing on mental health.

From January 14 to 18, students of the renowned high school dedicated a week to psychological and mental health wellness. Various activities were done to teach students ways to reduce stress and anxiety. School support is available to students to cope with issues that come up.

A similar event was done by Bronx Science last year when they offered relaxing sessions to students, like meditation and yoga. The youngsters were also given the chance to get advice from their counsellors and open up about their feelings.

The mental health week aimed to promote student peace of mind and steer them away from the stresses from adolescence and academics.

Jordan Sanchez believes sky’s the limit when it comes to her dreams.

She is set to study astrophysics, with the ambition to be part of SpaceX or NASA someday. According to Sanchez, she is also looking forward to a calmer life down the road by being a teacher or researcher.

Sanchez said she took an AP biology course and then took AP physics in her junior year. When she became a senior, she focused on post-AP classes in genetics and physics.

She applied to various schools, from Ivy Leagues down to small liberal arts colleges. Sanchez was accepted into 10 out of the 17 colleges. Her choices were narrowed down to Cornell, Harvard and University of Massachusetts-Amherst. She ended up choosing the school based in Cambridge, Massachusetts.

Of course, Sanchez is not the first aspiring astrophysicist to come from Bronx Science. One of the school’s most notable alums is Neil deGrasse Tyson. He is among the most well-known astrophysicists in the nation, with his many TV appearances and educational program “Cosmos.”

Sanchez said Tyson hasn’t forgotten his roots. He and his fellow alumni like Al Nagler–an Apollo space missions scientist–visited the school regularly to speak to students about science-related topics.

The Bronx Science boys volleyball team did not have a competitive edge when the 2019 season opened as they were technically homeless.

The team’s home gym went through a refurbishing earlier this year, so the Wolverines had a hard time finding time for practice and prepare for the season opening.

It turns out having less practice time was no problem for the team, as the Wolverines opened the season with a 2-0 score. They emerged victorious against Clinton and Truman right out of the season’s starting gate.

Having straight-set victories is not something new for the Wolverines. In the previous season, the team performed well and only lost one set. They had a record of 9-1 during the regular season run.

The squad has been unstoppable over the past several game seasons. They recently took home three straight Bronx A Division crowns and gained a 27-3 regular-season mark.

Last school year, the all girls volleyball team continued their reign as division heavyweights. Despite losing seven seniors to graduation and having many freshmen, the Wolverines continued their winning streak by sweeping out  Walton and Columbus in straight sets. In recent years, the team got deep runs in the Public School Athletic League postseason and had three consecutive perfect regular-season records. 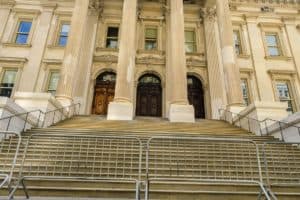