Stuyvesant High School is among the specialized high schools that were established to serve the needs of academically gifted students residing in the city. According to the New York State Education Law, the only requirement for admission to these elite public schools is a written examination. Applicants who earn the highest scores on the said entrance exam will be awarded the opportunity to attend these schools. 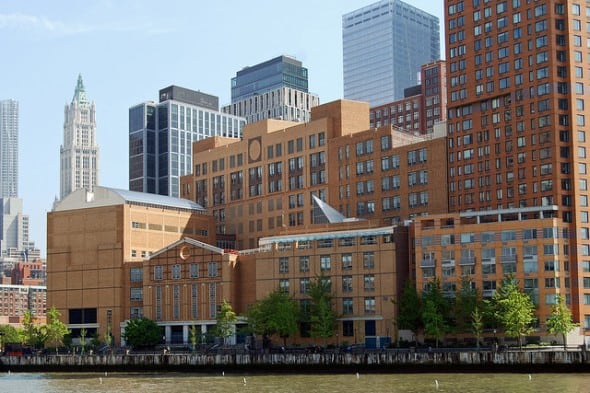 All students in the 8th and 9th grade who are living within the five boroughs of New York City, and want to get into Stuy or any of the specialized high schools can take the Specialized High School Admissions Test (SHSAT). Application forms can be obtained via their current school’s guidance counselor or online.

The same exam is given for all specialized schools and students who get accepted will be offered a spot in one of their main choices. The qualifying score depends on the scores of all candidates and the number of seats available in the schools.

The examinations are graded and arranged according to rank, from highest to lowest score. Each school has a specific number of seats that need to be filled by freshman and sophomore students. Seats are filled starting with the highest scores in the exam. Once all available seats have been taken, the school officials will then determine their cutoff mark.

Not all hope is lost for students who miss the cutoff of their first-choice school. They can still be assigned to their second choice in case their score meets the cutoff of that school. This cycle continues until all the spots in the specialized high schools have been taken.

Students are required to take the SHSAT in their own borough. They can send in their applications for the exam or get information about all the specialized high schools at all New York City schools that cater to 8th and 9th graders.

The SHSAT is scheduled late in October of each year. Students are informed of their acceptance into the specialized high school of their choice in March of the following year

Admission to the specialized high school involves passing the Specialized High Schools Admissions Test (SHSAT). During the month of March, around 800 to 850 applicants who obtained the highest SHSAT scores out of the approximately 30,000 students in the 8th and 9th grade who apply to Stuyvesant are accepted by the school. SHSAT prep is incredibly important.

In 2019, seven out of 895 black students were offered enrollment in Stuyvesant High School, which was lower than the previous year where only 10 were given the opportunity of being a Stuyvesant student. On the other hand, the school also offered admission to 587 Asians, 194 white students, 45 students from unknown race or ethnicity, 33 Latino students, 20 multiracial students (including Asian American), and nine Native Americans.

These are the scores of the entering freshman class for each of the referenced years.

Stuyvesant High School is a top-rated public school located in New York City. Commonly known as Stuy, it is a specialized high school under the New York City Department of Education. The institution is among the specialized schools in the city that offer free tuition and accelerated academics to residents. Stuyvesant is considered a college-preparatory high school.

Founded in 1904, Stuyvesant was initially established as an all-boys school in Manhattan’s East Village. Applicants were mandated to take an entrance examination starting in 1934 and the school started to open its doors to female students back in 1969. From where it was originally established, the school moved to its current location in 1992 at Battery Park City because it needed more space for its growing number of students. Several high schools are now being housed in the old building.

While each of the specialized high schools has its own unique characteristics, Stuyvesant is known for its added emphasis on mathematics, and science and technology education. A wide range of AP courses and intriguing electives are available for students to take.

Of course, the renowned high school still offers all the basic academic courses required by the New York State to help a student succeed not only in college but also beyond. There are courses in the humanities that students can use for enrichment. Because of Stuy’s academically challenging and exciting atmosphere, the school stimulates both the students and the faculty members.

Being one of the city’s specialized high schools, Stuyvesant provides the student body with a wide range of Advanced Placement (AP) courses. These courses focus on foreign languages, history, math, or science-giving students lots of different ways to earn college credit.

For instance, students of an AP class like computer science have the option to take up three extra courses on computer programming once the AP course is done. These courses are computer graphics, Software development, and systems-level programming. Aside from that, they can also take a computer networking class for one year which can earn them a Cisco Certified Network Associate (CCNA) certification.

The foreign language program offered by Stuyvesant includes Latin, Spanish, German, Japanese, French, and Mandarin Chinese. Arabic was offered by the school starting in 2005 after the Muslim Student Association of Stuyvesant raised funds in order to support the new course.

Meanwhile, classes in physical chemistry, electronics, astronomy, organic chemistry, and engineering mechanics are being offered under the chemistry and physics departments.

Frank McCourt, the late Pulitzer Prize-winning author, is not an alumnus but he served as a teacher at the school. He taught English at Stuy before his memoirs “Angela’s Ashes,” “‘Tis,” and “Teacher Man” were published. The third section of “Teacher Man” called “Coming Alive in Room 205” chronicled McCourt’s time at the high school. He also mentioned faculty members and some students in the memoir.

Another notable alumnus of Stuyvesant is former New York City Council member Eva Moskowitz (1982). The BitTorrent protocol creator Bram Cohen (1993) also graduated from the school, as did Olympic medallist foil fencer Albert Axelrod. Economist Thomas Sowell studied at Stuyvesant as well but he dropped out when he was 17 due to financial problems and issues in his home.

Stuyvesant is famous for its focus on math and science but it also takes pride in a comprehensive humanities program. Students can take courses in journalism, debate, creative writing, poetry, science fiction, literature, existentialism, science fiction, British and classical literature, and philosophy which are offered by the English Department.

For the school’s Social Studies core, the requirements are one year of American history, a semester each of government and economics, and two years of global history (or a year of global history followed by another year of European history). Included in the humanities elective are prejudice and persecution, race, ethnicity and gender issues, civil and criminal law, and American foreign policy.

The Stuyvesant football team got their home field at Pier 40 in September 2007. The location is north of the school at West Street and Houston Street.

A year later, the baseball team was allowed to use the pier after its construction. They had to wait for the delivery of an artificial turf pitching mound that met Public Schools Athletic League specifications before being granted access to it.

Aside from the pier, Stuyvesant has a swimming pool of its own. However, it does not have its own tennis court and running track. Compared to most high schools in the US, sports teams at Stuy are known individually by different names. The only ones that retained the traditional Pegleg moniker were the Cheerleading, football, girls’ table tennis, baseball, girls’ handball, girls’ bowling, boys’ lacrosse, and badminton teams.

Niche.com recently released its 2020 rankings and Stuyvesant High School has taken the top spot as the best high school in New York City.

The elite Tribeca institution reigned supreme on Niche’s rankings for New York State and New York City. Stuy also snagged the fourth spot in the nation. Overall, the list shows that five of the top 10 schools in the state are in New York City. Three of them are specialized high schools.

Included in the detailed analysis are comments from parents, current students, and alumni. Also in the report are observations regarding things such as extracurricular activities, diversity, sports options, campus life, and programs for special needs and gifted students.

According to Niche CEO Luke Skurman, their company is doing the yearly report because they recognize that parents need more than data from test scores. By giving more information about a school, parents and students have an idea of what it’s really like to attend an educational institution before they even begin with the application or registration process.

In 2017, Stuyvesant High School’s competitive pompom team received top honors at the regional tournament organized by the Universal Cheerleaders Association. The award–given at the Nassau Community College on Long Island–was a first for the group.

According to squad member Patricia Tan, they are breaking the stereotype of airhead cheerleaders who are only interested in dating football players. The 20-person group is actually the opposite, as they are all about crammed AP course loads and achieving high GPA scores.

The then 17-year-old student said most of their squad members have GPAs above 90 on a 100-point scale. Despite being active in the squad, they are still working just as hard–if not harder–than the other bright students at Stuy. Tan said the work ethic they’ve learned while being on the cheerleading team helped them become better on the academic front.

Back then, cheerleading was something new to the school. The program started out as a student-run club before cheerleading coach Nicholas O’Stanton stepped in. He first saw them at a competition and lobbied the team’s faculty adviser to allow him to take over the group. He had since taken over the reign and helped the students get their prestigious award.

Because they are at a high-achieving and high-pressure school, time management is crucial for the team to succeed. O’Stanton told The Post that the students need to stay on track despite their thrice-a-week cheer practice. Most of the time, squad members study together and even tutor each other to keep up with their curriculum.