With over 100 majors and minors, it is among the top research universities in the New York system of higher education. SUNY Albany is recognized for its strengths in the field of liberal arts and sciences. The academic programs in the university are supported by a student/faculty ratio of 18 to 1. 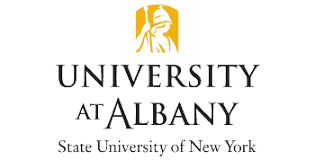 Based on 2016 records, the University at Albany has an acceptance rate of 54%. It is considered a moderately selective public university. Most of the admitted students have both standardized test scores and grades that are above average.

Because the school practices holistic admissions, the university seeks students who have meaningful extracurricular activities, volunteer experience, and strong writing skills. UAlbany accepts both ACT and SAT scores, with most applicants submitting scores from the SAT.

The University at Albany community is quite diverse–it includes faculty and students from across the map. They represent 100 nationalities, as well as a vast array of religions and cultures.

UAlbany has a total undergraduate enrollment of 13,598 and a gender distribution of 49% male students and 51% female students. If you are looking for a school with a relatively balanced male and female ratio, this may be the right campus for you because the disparity between women and men on campus is far below the national average.

The UAlbany undergraduate student body is balanced equally. There are 6,836 female students and 6,672 males. 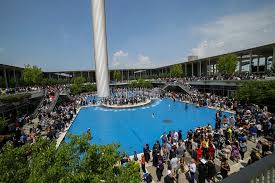 At this school, 54% students live off-campus while 46% of the students live in residences that are college-owned or college-affiliated. More than 90% of UAlbany students come from New York State. The level of geographic diversity in the school is on par with the current national average. There is a medium-sized community of about 1,565 international students representing approximately 47 countries in the university as well.

For in-state residents, UAlbany requires tuition amounting to $6,670 per year. This is 5% lower than the national average $7,056 tuition requirement. The cost is also 70% cheaper than the average New York tuition of $22,120 for four-year colleges. UAlbany’s tuition cost ranks 31st among four-year colleges in Bew York in terms of affordability. It is also the 155th most expensive four-year college in the state. For students attending from out-of-state, the tuition is $21,550–representing a 223% premium.

University at Albany is located at 1400 Washington Ave, Albany, New York 12222, United States. Established in the capital of New York State, SUNY Albany is known for having a rich history and strategic location. There are three main campuses in the school: the Uptown Campus, the Downtown Campus, and the Health Sciences Campus.

The Health Sciences Campus has research facilities include the Cancer Research Center, home to the Gen*NY*Sis Center for Excellence in Cancer Genomics, and the Center for Functional Genomics.

Each of four residence quads on the Uptown Campus house approximately 1,200 students and include eight, three-story halls and a 23-story tower. Each quad includes lounges and recreational areas and three quads contain dining facilities.

University at Albany has an estimated 17,944 students enrolled all throughout nine schools and colleges. The school offers 50 undergraduate majors and 125 graduate degree programs, giving applicants many options to choose from. Some of the academic programs in the university include emerging fields in public policy, homeland security, globalization, documentary studies, biotechnology, bio-instrumentation, and informatics.

UAlbany offers exchange programs that give students more than 600 study-abroad programs to select from. The school also offers business and government internship opportunities not only in New York’s capital but also in surrounding regions. From 2016 to 2017, UAlbany had a total of $103.0 million in research expenditures for work focusing on the advancement of discovery in a wide range of fields. There are four areas in the school’s research enterprise: social science, public policy, life sciences, and atmospheric sciences.

There is a myriad of ways for UAlbany students to meet like-minded students who share a common interest and passion in culture, religion, sports, and politics. The Student Association at UAlbany serves as the undergraduate student government. Some of the responsibilities of this association include organizing concerts, comedy shows, and a multicultural and gender program. Aside from helping fund more than 200 student groups, the student government facilitates Camp Dippikill, its own Adirondack retreat. Students can also get involved in various volunteer opportunities.

In addition, there is an independent newspaper called the Albany Student Press (commonly referred to as “The ASP”) published by the students. Started as the College News and regularly published since 1916, the newspaper serves the student body and surrounding community on the campus. It has a circulation of over 10,000.

Presently, the university has 19 varsity sports teams (11 women and 8 men) competing at the Division I level. The school’s Department of Athletics and Recreation are running all athletic programs.

All the school’s teams have been America East Conference members since 2001. The football teams compete in the Football Championship Subdivision level, which is formerly known as Division I-AA.

The Albany Great Danes were previously part of the Northeast Conference, winning championships in the same league during the years 2002, 2007, 2008, 2011 and 2012. Starting from the 2013 season, the Danes transferred football program to the Colonial Athletic Association.

University Albany has been home to many notable personalities such as writers, scientists, scholars, and Nobel Prize winners. Some of the school’s famous alums are the following: