In this video, learn how to add & subtract polynomials by combining like terms. After you finish this lesson, view all of our Pre-Algebra lessons and practice problems.

In this video, we are going to look at adding and subtracting polynomials.
For example:
To simplify the expression:

To simplify the expression:

Sometimes, every term may not line up, such as in the expression

Solve as you would normally by either keep-change-change or distributing the negative, and then combining like terms to get a final answer of

Examples of Adding and Subtracting Polynomials

Now, let’s discuss how to add and subtract polynomials.

Or we can write the two polynomials on a straight line like this:

Now, we distribute the

at the beginning of the polynomial inside the parenthesis.

We got the same answer as the first. 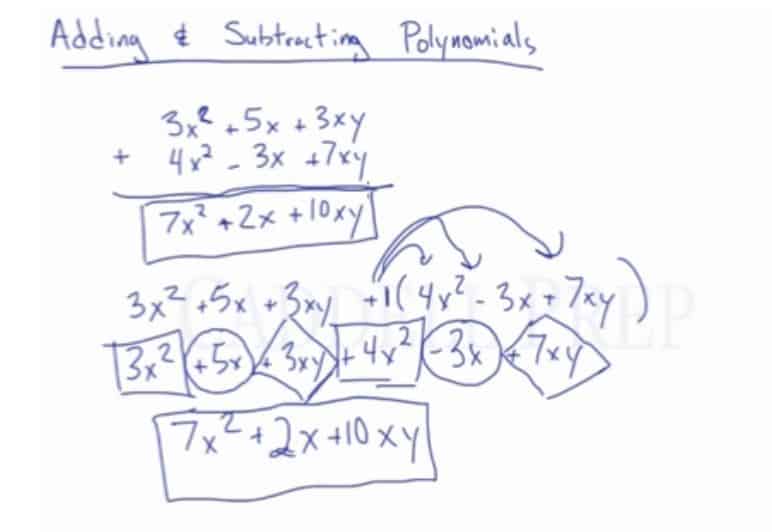 Let’s look at an example which involves subtraction.

Since we’re subtracting polynomials, we should do keep-change-change.

Let’s keep the top the same.

Lastly, we change the signs of each term.

And the answer is

Now, let’s do this on a straight line.

Same as the first answer.

Since there’s nothing above the

as a place holder.

Then, let’s do keep-change-change since we have subtraction.

Let’s distribute the negative sign into the polynomial in the parenthesis.

And we got the same answer. 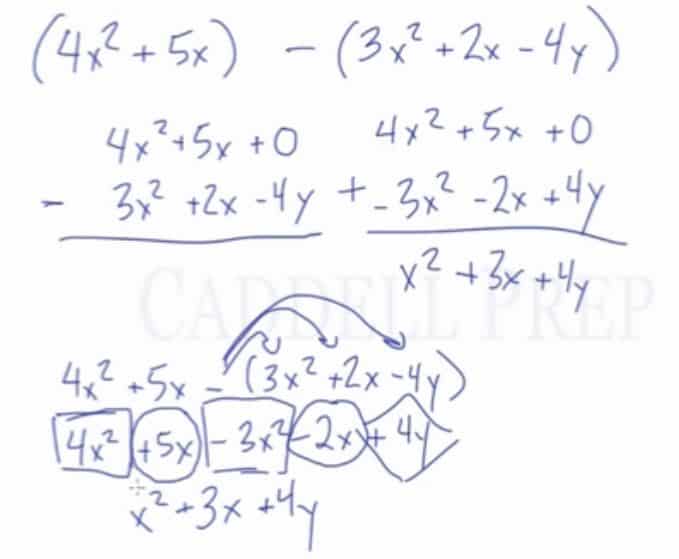