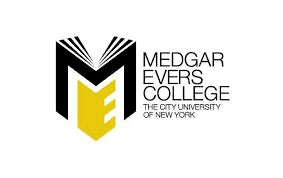 Medgar Evers College (MEC) is a senior college that is one of The City University of New York (CUNY) schools. It currently offers baccalaureate and associate degrees. The campus is one of the members of the Thurgood Marshall College Fund.

Founded in 1970, it started out as a fruit of the cooperation between educators and community leaders in central Brooklyn. The institution is named after Medgar Wiley Evers, an African American civil rights leader who was assassinated on June 12, 1963. The spirit of Evers’ work remains alive at Medgar Evers through the school’s curriculum and academic centers. 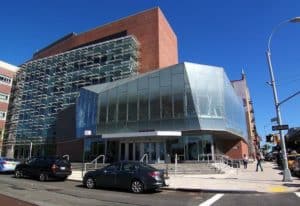 For the 2016 admissions cycle, Medgar Evers College had an acceptance rate of 98%, meaning it has an open admissions policy.

To apply, interested students who are entering the Baccalaureate programs are required to have a minimum high school average of 80 with at least 17 academic units such as four units of English, four units of social studies, three units of mathematics, two units of a foreign language, two units of sciences, and two units of regular academic subjects. They also need a minimum SAT score of 960 (480 Verbal 480 Math) or ACT composite score of 20 or above.

A total of 6,652 students have enrolled in CUNY Medgar Evers College and all of them are pursuing undergraduate programs. Based on gender, the campus is composed of 1,864 male and 4,788 female students. By race or ethnicity, 126 White, 5,053 Black, and 171 Asian students out of the total 6,652 are attending at Medgar Evers College.

According to the latest data, the undergraduate tuition and fees of CUNY Medgar Evers College amount to $7,152 for New York residents and $14,822 for those living outside the state. 4,714 students or 70.87% of the enrolled undergraduate students have received financial aid in the form of grants or scholarships aid and the average amount is $7,596.

Those who want to receive financial aid are required to accomplish a Free Application for Student Aid, which can be done online.

There’s also a new establishment called the Academic Building (AB1), structurally engineered by Leslie E. Robertson Associates (LERA), and designed by Ennead Architects. This facility has a new cafeteria and the Edison O. Jackson auditorium that opened in Fall 2010.

The building has five stories and spans 194,000 square feet gross. This brick structure on the northern side of Crown Street offers computer-enabled smart classrooms, labs, and a 500 person dining hall. MEC also has other administrative offices on another side of Brooklyn.

Four separate schools compose the MEC campus: The School of Business; School of Liberal Arts and Education; School of Science, Health and Technology; and School of Professional and Community Development.

To help students ease their way into their chosen academic field, there’s a College of Freshman Studies with advisors and counselors who are ready to provide support. Additionally, there is a Student Advocacy and Support Services Center—a place where students may seek career advice and academic counseling.

The Alpha chapter of Pi Eta Kappa honor fraternity is also on the campus. Pi Eta Kappa is a social and academic initiative of the Male Development and Empowerment Center. It was a group established by Morehouse alumni Dr. Hakim Lucas, Rev. S. Emmanuel Epps, and Levar Burke, Esq. in 2007.

On the athletic front, CUNY Medgar Evers College fields both men’s and women’s teams in basketball, cross-country, track and field, soccer, tennis, and volleyball. Also fielded by the athletic department is a team in women’s softball. Nicknamed the Cougars, the school’s teams are participants of the City College of New York Athletic Conference (CUNYAC) and compete in the NCAA’s Division III. The official MEC colors are black and gold.

Some of the most well-known graduates of the Medgar Evers College are the following: