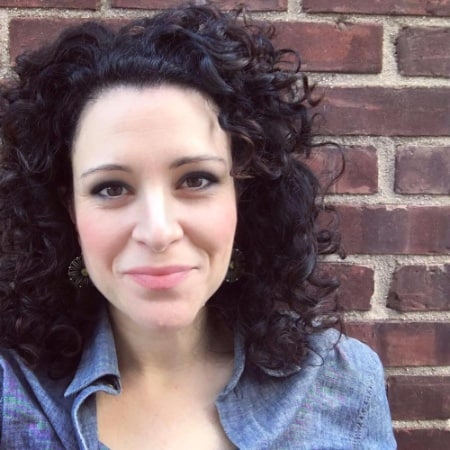 Kristine Garlisi is a busy woman, but somehow she found 15 minutes in her day to talk about her career and give some advice. This is interview is full of important pieces of information and advice for students who are considering a career in hospitality, non-profit work, or any field as an executive.

Garlisi is the Chief of Staff for Lois and Richard Nicotra at The Nicotra Group. The Nicotra Group is well known throughout Staten Island. For those of you who are unfamiliar with it, The Nicotra Group is the largest private real estate developer and hotelier on Staten Island, with nearly 500 employees and more than 1 million square feet of hospitality and Class A office space. Its properties include eight Class A office buildings, the Hilton Garden Inn Staten Island, the Hampton Inn & Suites, Nicotra’s Ballroom, Above Weddings and Rooftop, Lorenzo’s Restaurant, Bar & Cabaret and the Nicotras’ COMMONS cafè, a social enterprise eatery which donates 100% of the profits to do good things on Staten Island, gifting nearly $650,000 since 2011 in scholarships to their employees’ children and grandchildren for college and grants to the borough’s nonprofit organizations.

The Nicotras’ properties are located within 415 acres of protected woodlands in The Corporate Park of Staten Island. Their largest project, currently under development, is Corporate Commons Three, a 330,000 square foot  8-story office building that will feature an organic rooftop farm and a second social enterprise eatery, Pienza Pasta, Pizza & Porchetta which will follow the 100% profits to charity model. The new building will be surrounded by a vineyard as well as an outdoor classroom and oversized art and sculptures.

Garlisi also holds the position of Executive Director for The Lois and Richard Nicotra Foundation. The Nicotras are philanthropists and have done a tremendous work to support the residents of Staten Island and people who have been in need around the world. Here are a few examples:

Two things from this interview that I consider my favorite gems are:

The whole interview is full of gems. You’ll have to watch it to get to hear all of them.