In this video, we will be learning how to solve inequalities using addition or subtraction. After you finish this lesson, view all of our Algebra 1 lessons and practice problems.

Example of Solving an Inequality with Addition/Subtraction

Subtract 7 from both sides

Let’s go over how to solve inequalities using addition or subtraction.

Solving this is similar to a regular equation except for the inequality sign instead of an equal sign.

from both sides of the inequality.

Now, let’s graph it by drawing a numbe line.

Let’s draw an open circle on

, then our answer would be 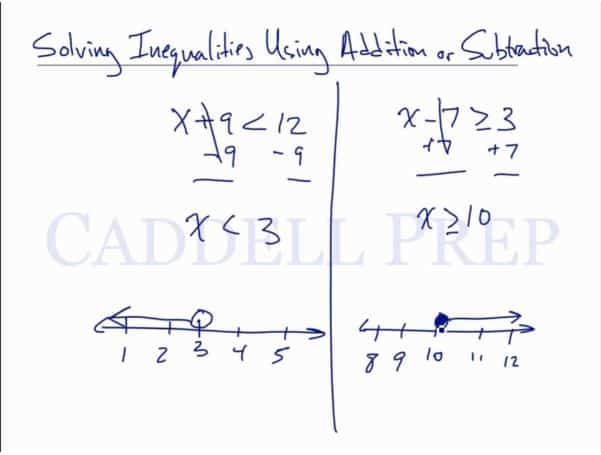 Our graph will have a solid circle on

instead of an open circle. Then the line is still going to the right to represent numbers greater than