The College of Staten Island (CSI) is an educational institution for higher learning that is also a member of the City University of New York (CUNY) system. The school is a comprehensive four-year college that offers associate’s, bachelor’s, and master’s degrees. Doctoral programs are also offered by the school through the CUNY Graduate School and University Center.

Although it was originally founded in 1976, the existing CSI campus did not open until 1994—when it was recognized as the biggest college campus site in New York City. The campus is also the only public college on Staten Island. 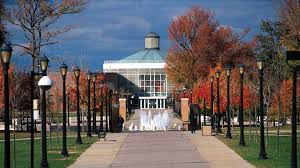 With an acceptance rate of 99%, the College of Staten Island is considered an accessible school. Because it belongs to the extensive CUNY system, it accepts applications through the network’s official website. Additional materials that prospective students should submit for their application include ACT or SAT test scores and high school transcripts.

A personal interview and campus visit are not required by the school but they are strongly encouraged. Students who wish to apply may check out the official CSI website for further details. Any application-related questions will be answered by the admissions office.

A total of 13,594 students have enrolled in College of Staten Island—out of that number, 12,509 students took up undergraduate programs and 1,085 students were admitted for graduate programs. By gender distribution, 5,989 male and 7,605 female students are attending CSI. Classified based on race or ethnicity, the school has 6,136 White, 1,916 Black, and 1,493 Asian students out of total 13,594.

College of Staten Island CUNY is classified as Master’s College and University by the Carnegie Classification. Its highest level of offering is Doctor’s degree-professional practice.

Based on 2019 statistics, the tuition and fees at the CUNY school are $7,290 for New York residents and $14,960 for those who are living outside the state. 7,881 students or 63.00% of the enrolled undergraduate students have received financial aid in the form of grants or scholarships and the average amount of aid at CSI is $7,307.

To start with their financial aid search, students should complete the FAFSA that can be accessed online. This form determines if you are eligible for federal aid in the form of grants, loans, and work-study programs. It can also be used as a qualifying factor for third-party scholarships and in-house scholarships.

After submitting the application, students may explore the website further for outside resources and school-sponsored scholarships. Typically, scholarships require a minimum GPA of 3.5 and full-time student status.

Quadrangles divide the campus, which is connected a walkway referred to as the Alumni Walk. There is enough room for walking, studying, or lounging outside in the open fields between the facilities. Scattered through this rich landscape are 16 works of art, surrounded by lush flowers and trees. The school often resembles a garden—something considered a rare gem in the highly-urbanized New York City.

The program offers research stipends, mentoring, semester-long scholarships, math seminars and so on. This encourages not only undergraduate research but also promotes the pursuit of math, engineering, and science as viable career fields.

At present, there are approximately 80 science labs on the campus, including the Center for Developmental Neuroscience and The CUNY Interdisciplinary High-Performance Computing Center (HPCC).

HPPC is aimed at advancing the educational and research mission of the campus by offering high-performance computing technology resources. They also provide technical assistance to faculty and students. The facility is considered one of the most powerful supercomputers in the entire region.

College of Staten Island has a bustling student life. There are many clubs and organizations to choose from—all of which cover a vast array of interests and subjects. High achieving students should look into participating in the Macaulay Honors College. Those who are accepted in this facility are not only fully funded but also given access to lots of academic, professional and cultural perks.

In athletics, the CSI Dolphins compete in the NCAA Division III. Popular sports include basketball, softball, baseball, track and field, and swimming and diving.

CSI’s very own Sports and Recreation Center houses a pool, a fitness center, multiple gyms, and indoor racquetball courts. Surrounding the facility are outdoor tennis, handball, and basketball. There are also softball and football fields, along with a quarter-mile track. A number of events and athletic games are hosted regularly, on top of a weekly schedule of classes for faculty and students.

Some of the most famous College of Staten Island graduates are the following: