A rhombus has a similar set of rules as a parallelogram does.

The special thing about a rhombus is that all 4 sides are congruent.

The diagonals are perpendicular bisectors to each other. When this happens, four congruent triangles are formed. The diagonals also bisect the angles at each vertex. 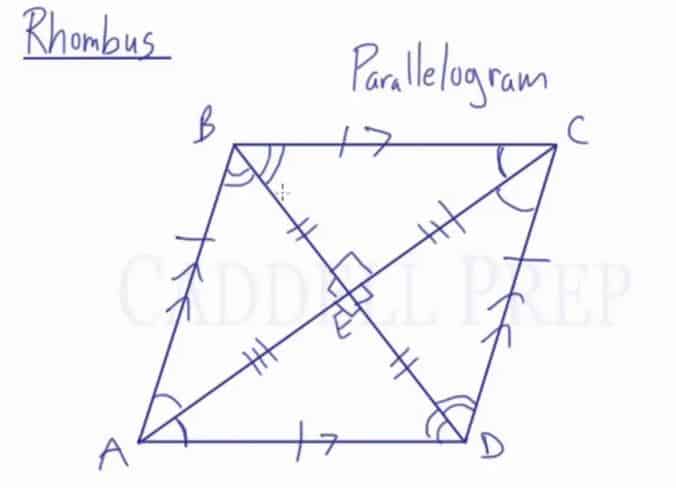 Let’s go over a rhombus.

A rhombus is another type of parallelogram.

When we draw diagonals, they bisect each other.

Something else that happens in a rhombus is when diagonals intersect, we get right angles. The diagonals are perpendicular to each other.

Here, we end up with four congruent right triangles.

And also, the second diagonal bisects these two angles. Angle

such that these two pairs of angles are congruent.