In this video, we are going to look at line segments formed by a diameter and perpendicular chord.
Given circle

where it intersects the diameter and is perpendicular at point

. When a diameter and a chord intersect in this way, the diameter bisects the chord, so

is the same length as

. The chord does not necessarily bisect the diameter. The arcs are also the same length. In this example, arc

are congruent to each other, and arcs

are also congruent to each other. 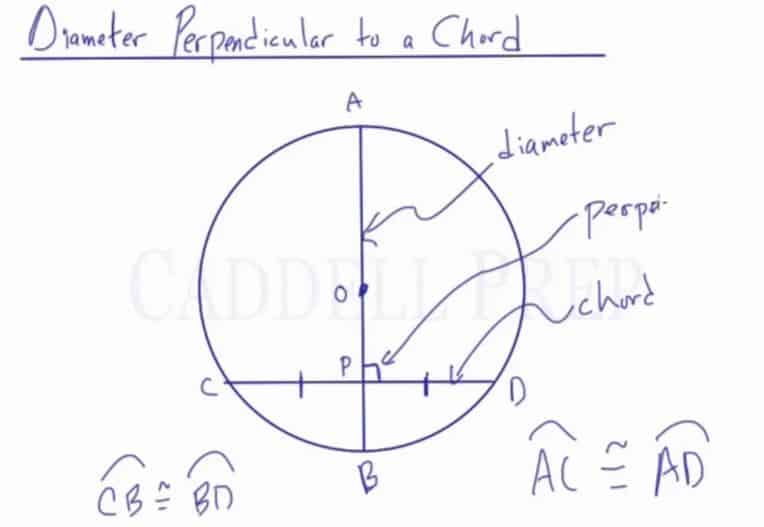 In this lesson, we’ll take a look at diameter drawn that is perpendicular to a chord.

Here, we have circle

and its diameter is drawn.

Now, let’s draw a chord perpendicular to the diameter.

and they intersect at point

has the same length as

Notice that the chord does not necessarily bisect the diameter. As we can see,

is much longer than

But the chord is split in half. It will happen regardless of where we draw the chord. Just as long as it’s perpendicular to the diameter.

are going to have the same length.

If that’s the case, we get two pairs of congruent arcs and also the diameter bisects the chord.