Learn about the relationship between parallel and perpendicular lines. After you finish this lesson, view all of our Algebra 1 lessons and practice problems.

Parallel lines have the same slope but different y-intercepts. Ex:

Perpendicular lines have slopes that are the negative reciprocals of each other and may or may not have the same y-intercept. Ex: 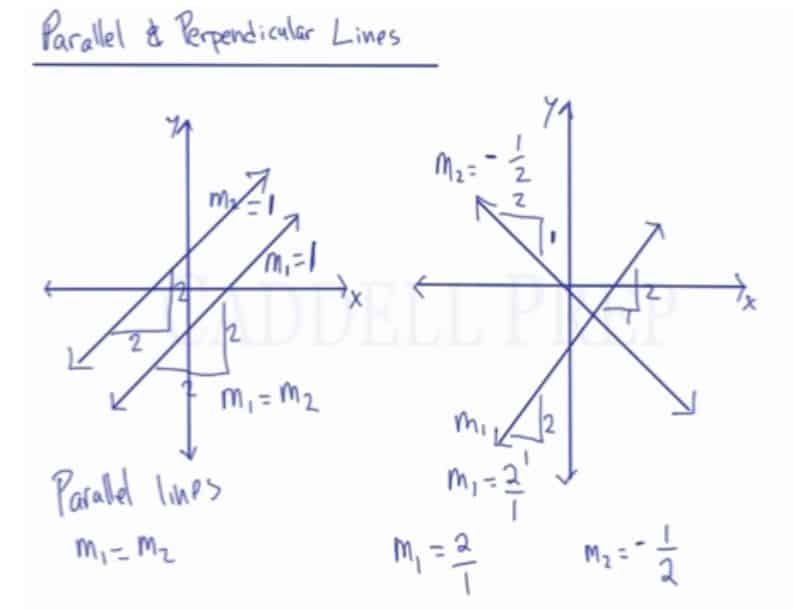 Examples of Parallel And Perpendicular Lines 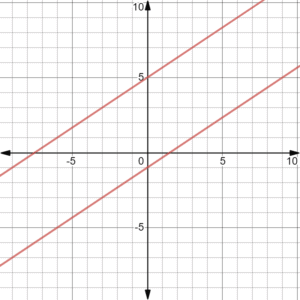 Both have the same slope which is

Therefore, the lines are parallel to each other. 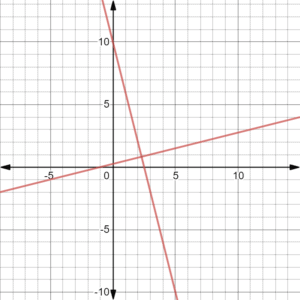 The slopes are negative reciprocals of each other

Therefore, the lines are perpendicular.

We have two graphs each with a line.

The one on the left side has a positive slope. The line is going upwards from left to right.

If we draw a line parallel to it, it would look something like this.

If the first line is going to run over

, then the second line will show the same exact rate.

So, if the slope of the first line is

and the slope of the second line is

, we can say that

then we can say that

Let’s say that this line is over

, the slope here is

Now if we draw a line perpendicular with this, it will look something like this.

Now if the first line over

, the perpendicular line is going over

So the slope of the second line is

Let’s look at these closely.

These two slopes are the negative reciprocal of each other.

Therefore, in parallel lines the slopes are equal

While the perpendicular line is the negative reciprocal of each other.