Learn about the equation of a line.

Equation of a Line (Slope-Intercept Form)

where m = slope and b = y-intercept.
To find the slope, use the slope formula:

When we look at the equation, we will know what our slope is and its intercept.

Intercept is where a line segment intersects the axis. The

Our formula for slope is

Let’s look at the graph.

Then count the change in

from the origin with

Now, let’s refer back to the graph and look where the line intersects the

-axis. Meaning, find the point where the line meets the

– axis and where the

Substitute the given and we have

So our slope-interecept form is 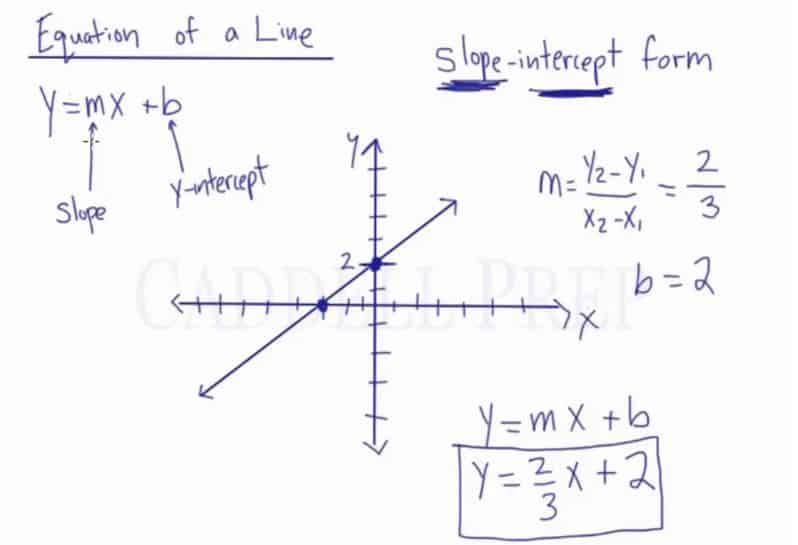 Again, the slope-intercept form is