In this video, we are going to look at isosceles and equilateral triangles.

, so each angle must equals 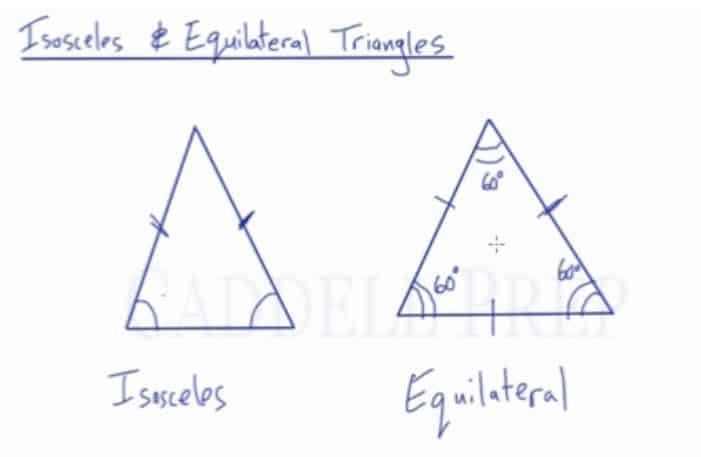 Let’s take a look at isosceles and equilateral triangles.

These are two important triangles.

. This means that each angle is

For isosceles, two angles that are the same and we know that the sides across from them are also equal. And vice versa.

While in an equilateral triangle, if we have two angles that are

, then we know that the third angle is also

. And we also know that all the sides are the same.